Recognize any names on this? 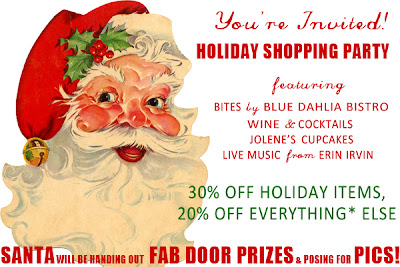 I never wrote a Christmas song

until about a week ago.  Now I've written five no, six now.  Why, you may be asking?  Not because it's December and I wanted to write Christmas songs for Christmastime.  But because I'm playing a Christmas show for a private party.  I had never so much as attempted to play a Christmas carol on my guitar but I was asked to play this show and I couldn't say no.  Now I can sorta kinda more or less muddle my way through several classic tunes, though hopefully I will get better by the time the show rolls around, which is on the 12th.  It's going to be a strange and interesting night to say the least.  Excitement and anxiety abound!

PPS. Congratulations to the contest winner, Julie M., from Florida!  Julie, your books are on their way to me right now and I will sign them and send them straight on to you once they arrive!

PPPS. Will definitely be doing more contests in the future--this was fun:)
Posted by Erin Irvin at 1:17 AM 1 comments