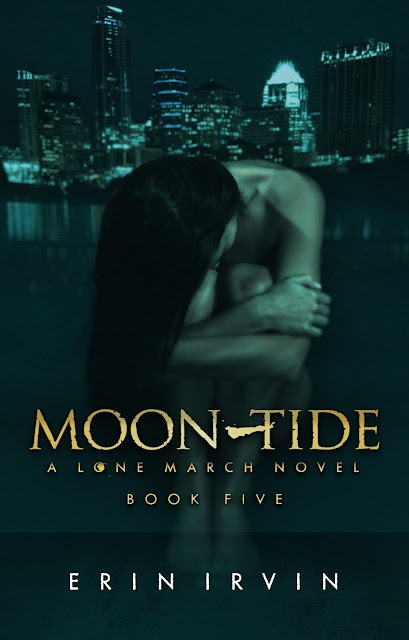 What do you guys think?  I absolutely love it!  Once again, Ryan Wieber has managed to exceed my wildest expectations.  Just love this guy!


Here is the official synopsis of Book 5:


I was a bag of bones.  I still had skin and hair and probably pumping blood, but for all intents and purposes, I was cadaverous.

Being at the center of the were world’s biggest conflict has finally landed March Howe in the ultimate mortal peril for a wolf: the middle of a cat lair.  Surrounded by silver, she finds herself trapped by more than just the room she’s confined to.  Endless thoughts and questions envelop her and the promise of death approaches like a boundless and heavy storm cloud.

Unaware that it was the cats, the pack races across the state, in search of the wolves they think have March.  Meanwhile, Avery is assembling a diverse group of weres to aid in the invasion and rescue of the girl he swore to protect.  And while March’s human friends may not know her secret, Ruthie Birch does.  Enlisting the help of an ally unwelcome by the others, Ruthie devises a plan to join Avery’s army, whether he likes it or not.  And Saffron Kellum is forced to leave her comfort zone when her twin brother goes missing and she discovers she’s the only one who can find him.

In Book Five of the Lone March Series, March Howe finds herself in an existential crisis that can only be soothed by the goddess she’s estranged herself from.  While the cats make beastly plans for the last female were-wolf, her family and friends make plans of their own that involve uncovering secrets and even double-crossing each other to save the last she-wolf.  Will this contrasting group be able to work together to save March, or will the last of the were-wolves lose everything when their old enemy threatens to destroy the only hope they have?

Up next?  Maybe an image of some sort...

So excited to share the cover with you guys!!
xxErin
Posted by Erin Irvin at 4:19 PM 6 comments

A Small Snippet from Moon-Tide

Just to whet the pallet...

I was an unscratchable itch.
The icy burn on my cheek woke me.  I was lying on my side, curled up in a ball, so when I lifted my lids, the gleaming silver-blue sheen was right before my eyes.  I pushed myself up with great effort—surprised first at the fact that I wasn’t shackled up in silver, then at just how hard it was for me merely to sit up.  I was wondering what could possibly have been in those needles when I realized what caused the burn and subsequently the sheen.  My cell was made up entirely of silver—the walls, the floor, even the ceiling.  No wonder they took off the cuffs.  What purpose did they serve in such a cubicle?  This explained my unprecedented weariness.
The only place I could see out was through a tiny window in the door, but there was nothing to look at through there but darkness.  Then I saw them.  A pair of brilliant, glowing eyes in a lustrous, honey color.  Their enigmatic shapes were all that peered out of the shadows, and I was transfixed, almost allured.  If I’d had the energy to move, I would have gotten closer to the window.  As it was, I sat frozen, the icy burn now coming from two sources as I gaped at the eyes.  They blinked once, and then they were gone.  I wasn’t sure if the silver cell was soundproof, but I didn’t hear even the smallest noise as the figure made its exit.
No other eyes visited me that day or the next.