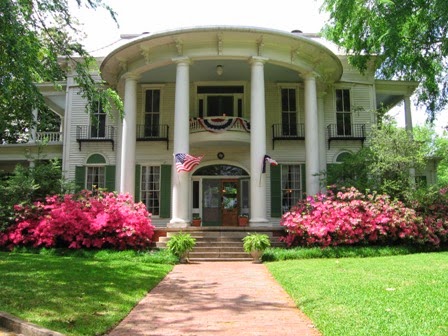 Greetings from far and wide!  It has been so very long since I've posted I may have forgotten how.  We'll see...

I think I might have explained this in a previous post or comment somewhere but I have not been able to get on the internet on my laptop since last Fall.  In the interim, I have been using the iPad I commandeered from my fiance for all my correspondence needs.  However, it is a Gen-1 so, needless to say, it doesn't function so well.  It would crash every time I got on Blogger or Facebook--I was lucky to slip a quick reply message to someone before it crashed, and even those quick 10-word replies would take the better part of a half hour to send.  Occasionally, I would be granted a 15-minute allotment on my fiance's computer, but mostly he needed to be working on it.  It didn't really get to me because I'm not much of an "internetor" anyway, so it was easy to forget about and neglect.  But I still felt guilty about not keeping up with the blog and stuff. BUT, miraculously, it decided to start working again last night so I decided to write a celebratory post, in honor of its return (and let's hope it stays returned)!

So that thar picher right up top?  That is the 1859 Goodman-LeGrand House & Museum, in Tyler, Texas.  And that is where I'm getting married.  Why bother telling you all about this?  Because it also happens to be the inspiration for Wycherley House.  Many years ago--before Lone March was even conceived of--my fiance's production company did a documentary on the Goodman House. I was script supervisor and schedule-keeper and anything else they needed me to be, so I was there through the 4-day production and got to see every little bit of the place in lengthy, painstaking detail.  I had toured the house as a kid a few times but the documentary was the first time I was there as an adult.  I had quite forgotten just how lovely it is.  Well, you all probably know I'm obsessed with the Victorian era and this place was built right on the cusp, so of course I love it!  Anyway, when I started creating the world of the ravens back in 2010, the Goodman house popped into my head right away so I pulled the documentary off the shelf, watched it, took notes, and started plotting.  The rest is history. 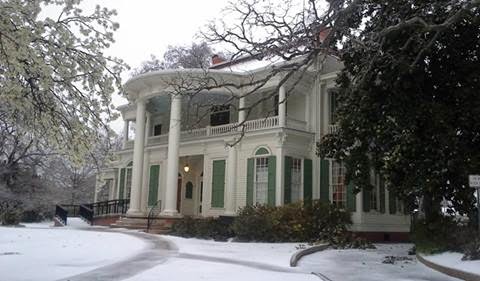 Remember that scene in Book 4, where March turns up on the Wycherley doorstep, soaking wet, after that whole incident with Jasper, in the woods?  Well this lovely, snowy pic gives you an idea of what that was like.

Obviously, it's smaller than Wycherley.  There are 3 times as many people living in the ravens' nest as there were living in the Goodman so I had to add an extra level and expand the width too.  But you get the general idea. 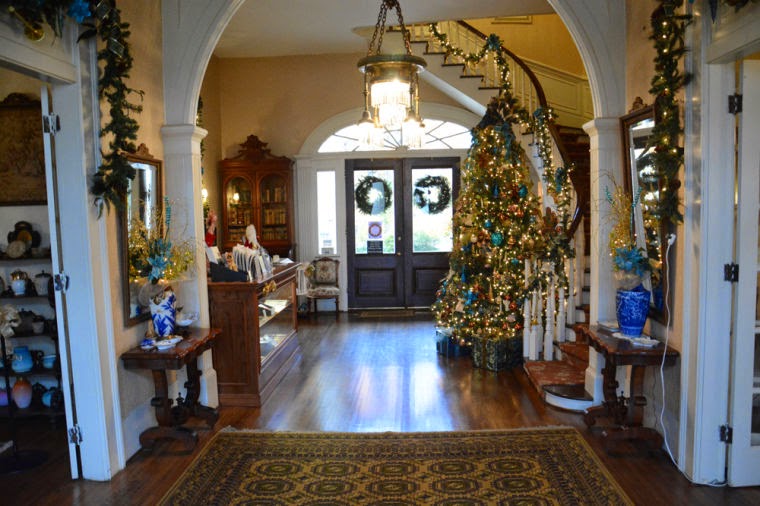 And this would have been the view March saw when she first walked in the door.  It's funny because it's decorated for Christmas, just like it was when she showed up in Book 4.  Purely coincidental. 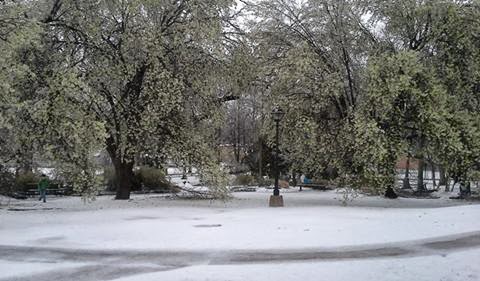 I love snowy pictures, especially with pretty winter trees around!  This is a view of the grounds on the front part of the property. 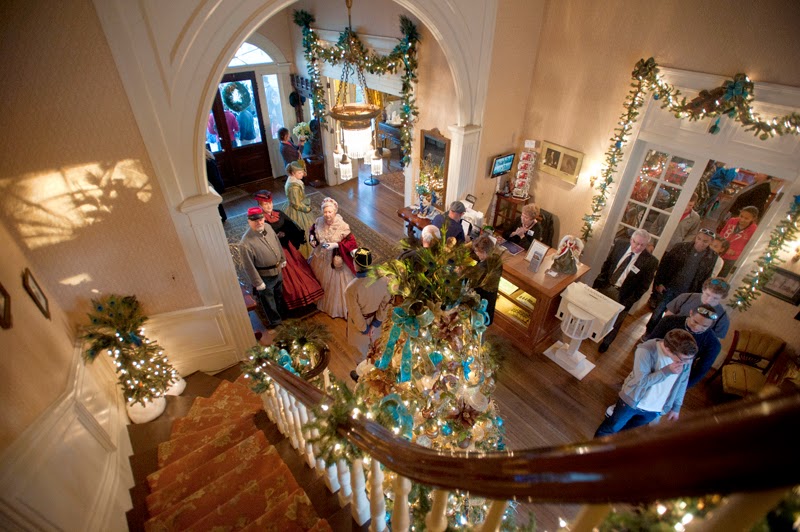 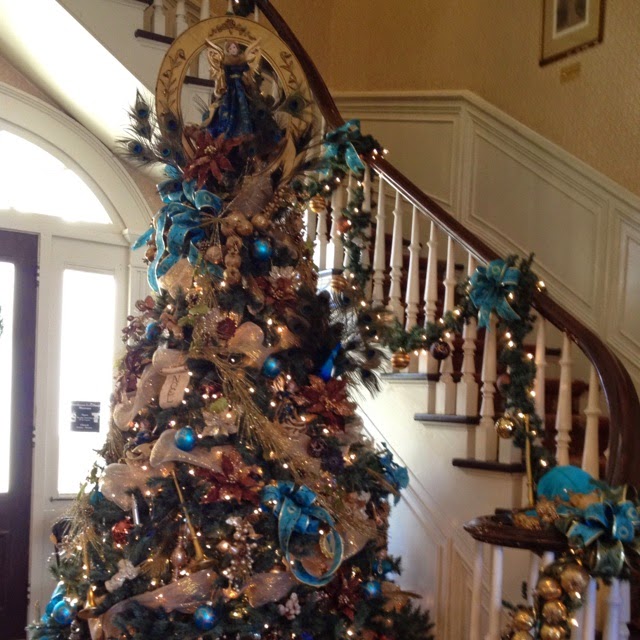 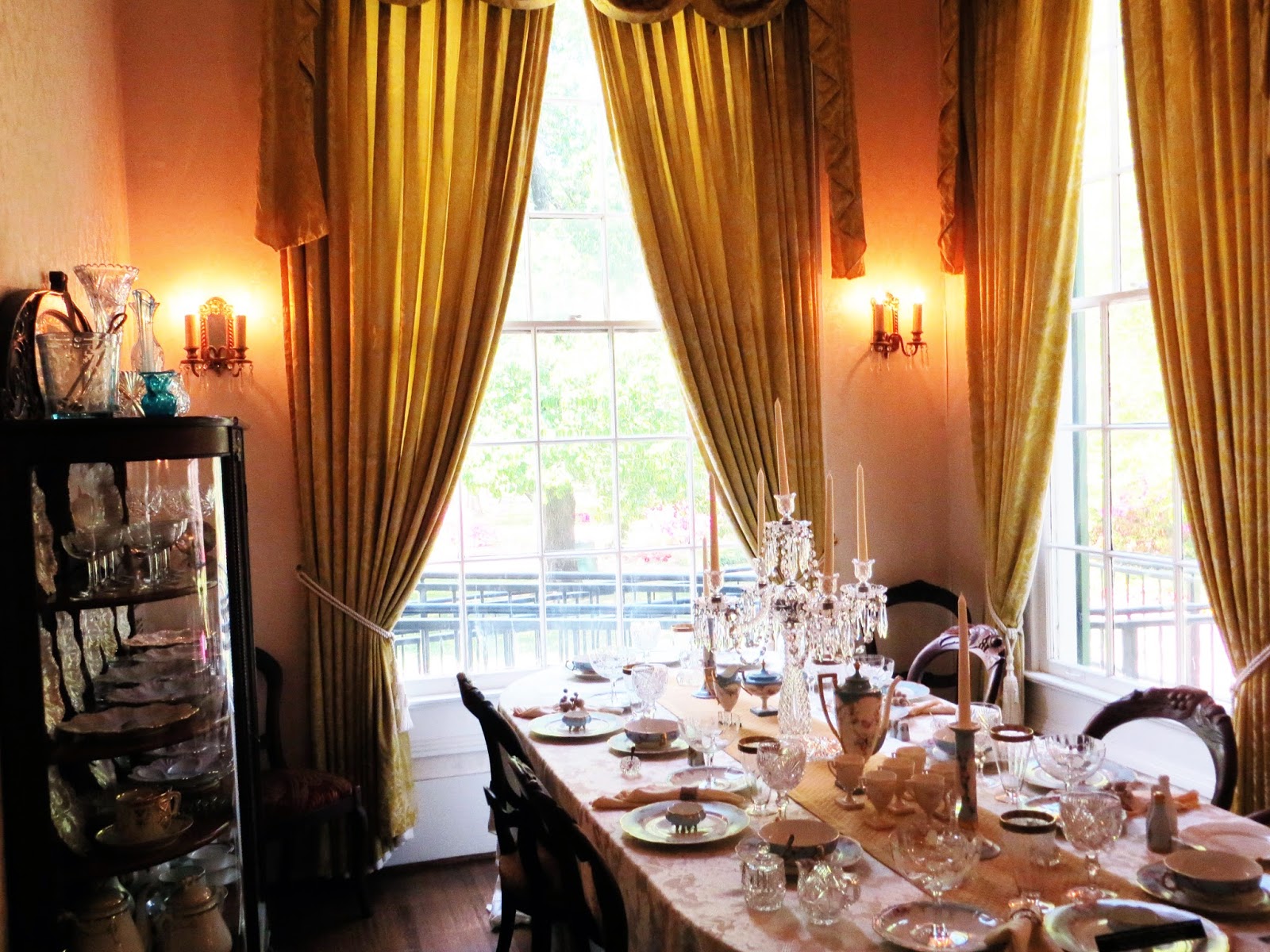 The dining room is described nearly exactly as it is in real life.  I think the walls might be a different color or have paper or something but otherwise it's the same--down to the hand-painted dishes. 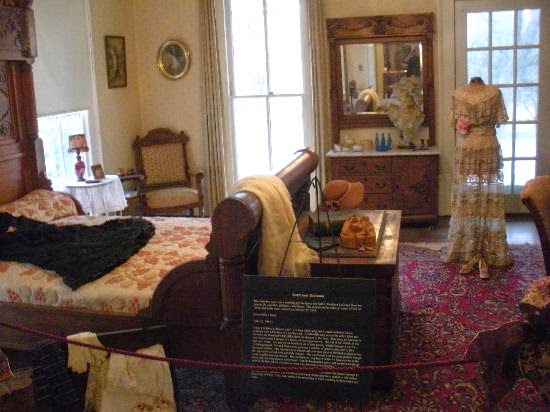 This is very close to the bedroom I describe March staying in.  It's even in the right location and positioned correctly, but the furnishings are different and obviously there's no manikin in the Wycherley room. 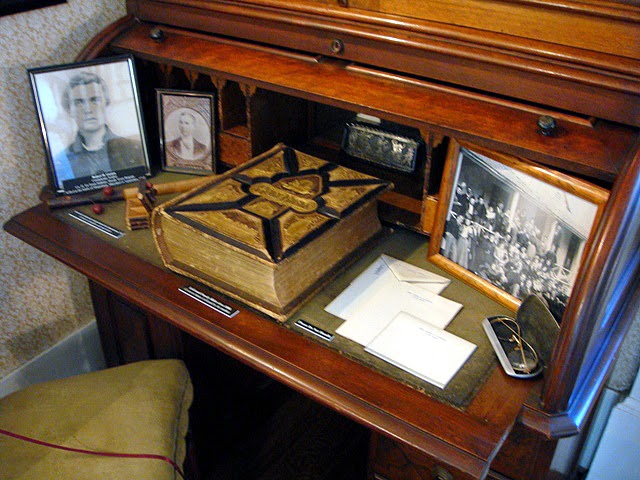 This I just wanted to show because I am so jealous of it.  Since I was a kid--a kid!--I have dreamed of having a roll-top desk, on which to do my writing.  One day, my friends, one day... 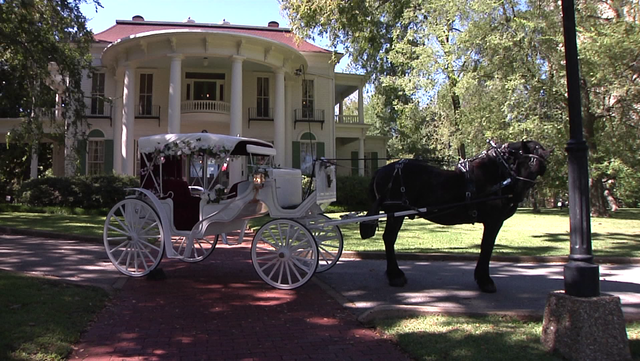 So anyway, maybe it's no Pemberley but I think Elizabeth would have expressed a similar sentiment upon seeing the Goodman House for the first time.

Now, down to business!  I would be a poor blogger indeed if I didn't update you on what's going on with Book 7.  Let me start by saying there isn't much to tell so don't get too disappointed.  I am working very, very hard on it, in between wedding planning and honeymoon saving and addressing invitations.  So, of course, I have far less time to work on it than I did with previous books, but, no lie, it is remarkable just how much I've gotten done, considering my lack of time.  Perhaps I have neglected my wedding plans a little...but I think you all know where my heart is when it comes to free time.  Anyway, I would say--not totally sure but I would guess--I am about 85% done with the book.  I can't wait to share the final chapter of March's story with you all--so, so excited!  My goal is to finish the first draft before the wedding because our lives will be upside down after that and there won't be any going back.  That's not to say it would stop me from working on the book but it will definitely be a hindrance because...

First, our honeymoon will be a 3-week extravaganza across Europe, so getting home from that and getting back to normal life, just in time for the holidays by the way, will take some adjusting.  And second, we are planning to start a family right away!  We're both so excited to be parents and can hardly wait for babies--seriously, my fiance as much as me (his baby fever is baaaaaad)!!  And third, we will have to start looking for a house and planning our move right when we get back because our lease will be up mid-spring of next year.  So, if all goes according to plan, we will have crazy-busy lives soon.

However, never fear, because nothing could ever take me away from my writing for very long.  I get weird and depressed and my anxiety starts going haywire if I don't exercise my creative outlets regularly.  So I can safely say I will be writing books till the day I die.  God knows I have enough ideas running through my head to last me till then!

Oh, and one more thing.  Because the production time on this book is longer than the others and since it's the last book of the series, I may do things a little differently, when it comes to sneak previews.  I may release a blurb here or a scene there a little earlier than usual.  Normally, I don't reveal anything till I know at least the ballpark estimate for when the release will be.  But I think I might reveal a couple things before we reach that point.  What's the harm in that?  So yeah, in a nutshell, stay tuned!

Have a glorious week, friends!