Amanda Hocking's Blog: How to Give Yourself Writer's Block

Just had to reblog this. It's so true, in every respect; anyone who is any kind of artist will find this resonating. Totally spoke to me. PS. If you haven't yet, read Amanda's books--they're all wonderful:)

Amanda Hocking's Blog: How to Give Yourself Writer's Block: I get this question a lot: "How do you get over writer's block?" But I decided to do the opposite and write a blog called &q...
Posted by Erin Irvin at 7:28 PM 0 comments 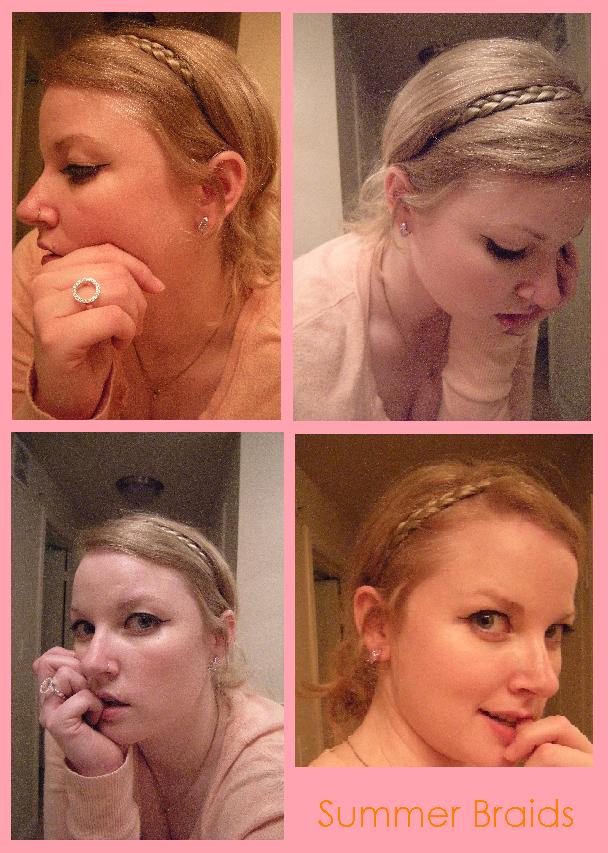 Moon-Tide is finally in Print!  It will take a while for Amazon to set up their page for it, but here is the link to buy it directly from the Createspace E-Store:

FYI #1: The paperback is the same price, whether you buy it from Createspace or Amazon, which is $9.99
FYI #2: Createspace is owned by Amazon, so it is a trusted site, trust me;)
FYI #3: I will update this post with a link to buy the book from Amazon, if some of you don't want to use Createspace, though they tell me it could be at least another week before it's available on there, if not longer.

Golly gee willikers!  It just feels so good to have finished all the publishing matters for this book!!

FYI #4: Hard at work on subsequent drafts of Book Six. 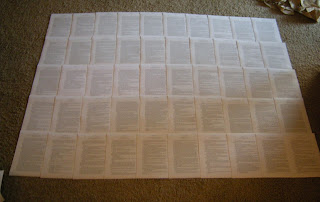 ...this is what a book looks like when printed out on regular copy paper and divided by chapters.  Wait, that one's kinda fuzzy. 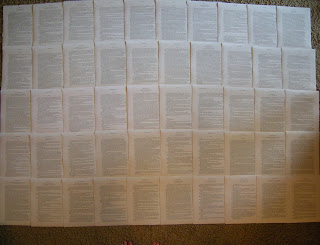 Wait, that one's kinda crookedy.  But oh well, that's all I took and then I put my camera away so the moment has passed and I'm too lazy to do all that again so that's what you get.


But pretty crazy, huh?  Let me tell you how it's possible that I was able to lay my book out in the middle of the living room like that ('this' actually, cuz it's still there).  Both of the people I live with aren't home right now.  One is out of town and the other is working the late shift at his job so woo hoo! let's (me by myself) crack open that bottle of Coppola's finest red and get crackin' on this next re-write!  YEAH!!

Hemingway would probably disagree with me.

Thinking about Hemingway and my super-love for him, it's brought something to mind.  I never thought I had a type, you know?  But it turns out I do!  Here is a short list* of people I love, have the hots for, or just maybe have a tiny crush on or something.  And as you go down the list, please note how strikingly similar in one way or another these men are.  Even if one of them doesn't have the square jaw or the facial hair, observe his intensely dark eyes.  Except in the case of # 11, who has blue eyes.  But he still has that quality, like # 9 does.  Oh yeah, and # 7 has blue eyes too I guess.  And # 12 and # 13.  And I guess # 5 has sort of greenish(?) eyes, but--you know what? just read the list and ignore all this!

1. Because we've already established it, let's just go ahead and start with Ernest. 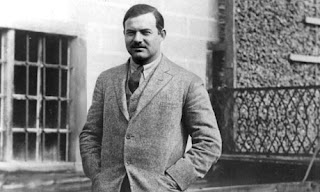 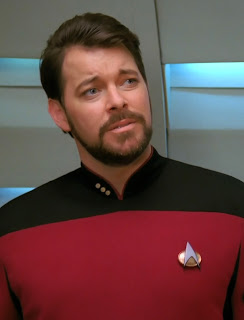 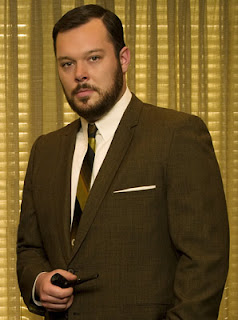 (Love that pipe (but mostly the beard).) 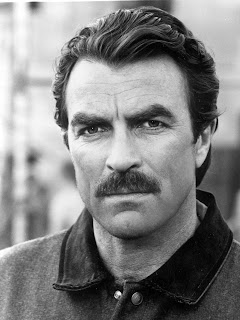 (Very few men can pull off the mustache without some sort of beard attached. Tom Selleck is one of them.) 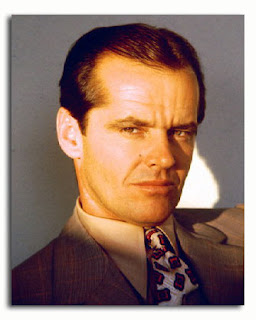 (I'll never forget the first time I saw Chinatown. That was the day I fell in love with this man. My introduction to him was as the Joker in Batman, so previously, as you can imagine, I found nothing sexy about him and he only frightened me. Although, he manages to pull off sexy and frightening at the same time in The Shining, so...what does that say? My brain cannot reconcile these two things so let's just move on.) 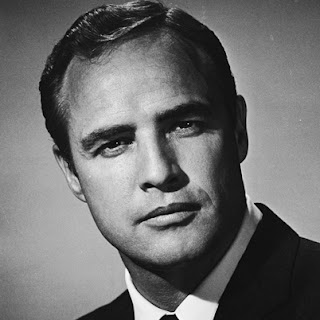 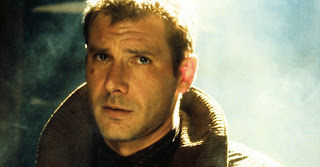 (Yes, Han Solo, yes, Indiana Jones, but let's not forget his unforgettable turn in Blade Runner, as Rick Deckard. As stated in Moon-Linked, the character of Deckard is named after Harrison Ford's character in Blade Runner. Because, well, just look at him!) 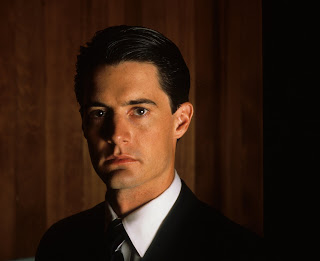 No? Well, here then: 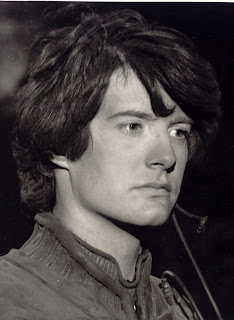 ("We Fremen have a saying: 'God created me to look pretty.' One cannot go against the word of God." Right you are, Paul. Right. You. Are.) 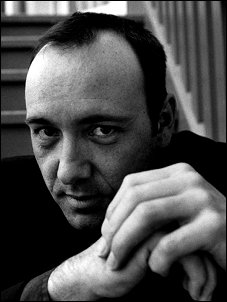 (Two words: Bedroom Eyes. I've probably said this like 500 million times and most of those times people don't get it. I don't get why they don't get it.) 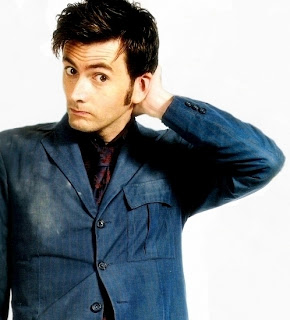 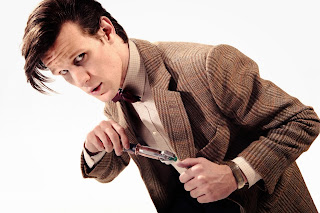 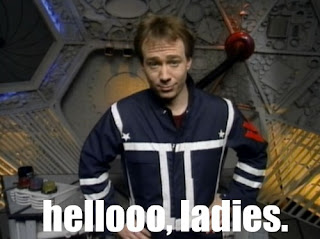 (In case you haven't noticed yet, I really love science fiction movies/shows and books. Geek like that.)
(Also, in case you didn't notice, I'm not the only one who has the hots for Joel. Someone else made this picture; I just found it on the internets. Thank you, nameless internet captioned-picture-making person.) 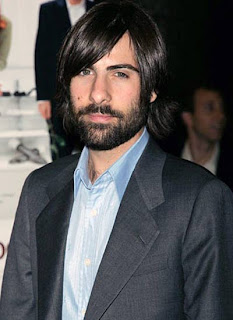 (Need I say more?)
(Seriously, do you need me to say more, because I can and totally will.) 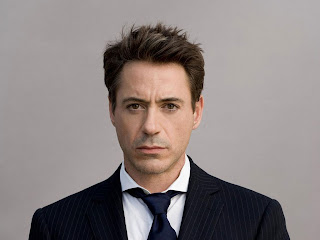 (We've all seen him with the facial hair in recent years, so take a gander at this gem. I first fell in love with RDJ when I saw Soapdish. Geez Louise, he's just all charisma, charm, and prettiness in that movie. No, no, wait--that's how he is in every movie.)

And also, because I just couldn't resist, I had to include this one: 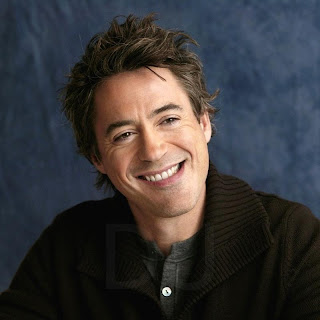 15. James Mercer of The Shins 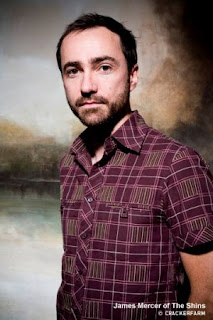 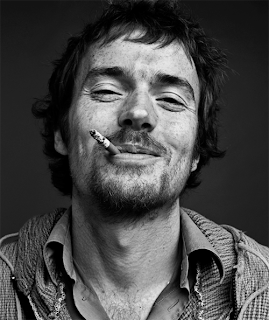 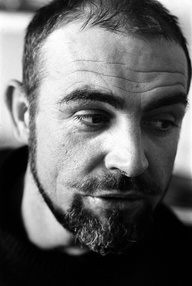 18. And last but never least, Burt Reynolds in Gator

(Look at him rockin' that 'stache like nobody's business. Again, one of the few who can.)
(Also, this photo made me laugh when I found it because its file name is "Gator_Burt" Ha! I dunno why, that just makes me laugh. Dork like that.)

So there you have it. See the trend I was talking about?  That's my type. And that's why...

...I'm engaged to this guy. (For the record, he has hazel eyes.) Yep. Definitely have a type. Who knew? Not me, until my betrothed pointed it out a mere few months ago.

Wow. Once again I managed to take what should have been a simple, small post and turn it into a long thing about some random thing other than the thing the post was originally supposed to be about. Welp. That's me I guess--Random, making mountains out of molehills, and fawning over a bunch of similar-looking men. Weird like that.

PS. Wasn't I supposed to be spending this time writing or re-writing or something?

PPS. Or was it mostly just the drinking and then I got sidetracked and then I wanted to look at a bunch of pictures of hot dudes?

PPPS. Yeah, probably that last one.


**Amazon totally lied to me because the paperback is available now, less than twenty-four hours after giving the green light. Whatevs.  Here's the link: Amazon Paperback
Posted by Erin Irvin at 10:31 PM 0 comments

I can't believe this day has already come!  Didn't I just put out Book Four?  I'm sure it's felt longer for you guys, but for me, it has really crept up fast!  Anyway, the print version is not ready yet, still having problems with how the proofs are coming out, so it may be another week or more before physical copies are available--sorry!  Ideally, everything would come out at the same time, but oh well.  So, here are the links for the e-book versions...

Hope you like it!  I want to hear from you guys what you think of Moon-Tide, because it definitely turns a tide in the Lone March series, for lack of better phrasing.  Leave a comment below if you so wish.